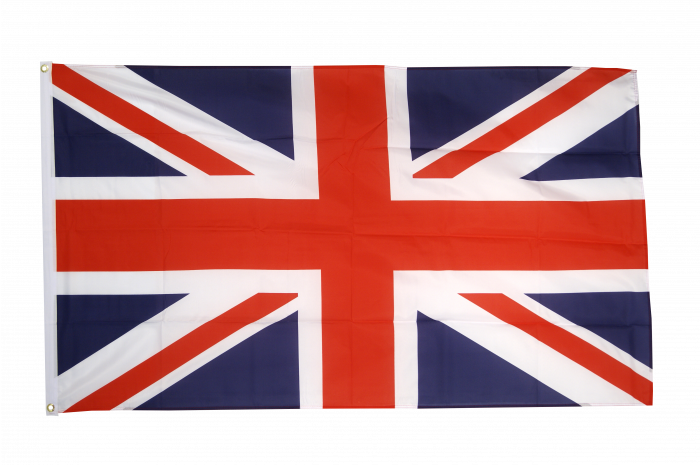 Skip to the beginning of the images gallery
As low as €7.95
plus flat rate shipping
incl. VAT
In stock
Delivery time 1 - 5 workdays
SKU: mcom_flag_großbritannien

Our Great Britain flags are made of tear proof polyester. The edges of the Great Britain have a double lining and at the flagpole side a strong flag band is sewed in.

The flag is equipped with two metal eyelets on the flagpole for raising the flag.

Further details of the flag:

New and in original packaging.

If you want to buy the Great Britain flag, please click on the green shopping cart button!

Best-buy-flags - Your flags and banners specialist.

The traditional name of the national flag of Great Britain and North-Ireland is “Union Jack”, however, officially, it is called “Union Flag”.

It was introduced on the first of January in 1801 and consists of an overlay of the different national flags of Great Britain. In the beginning, since 1606, only the English and Scottish formed the Union Jack. With the union Act in 1801, the former Irish flag was added. Ever since, the Union Jack consists of the English St George's Cross, the Scottish St Andrew's Cross and the Irish St Patrick's Cross.

The name „Jack“ comes from the navy and refers to the Union Flag's past as a ship's flag. The nautical term for the flag at the lean bow is „Jack“ and often reappears due to Great Britain's past as a colonial power. It decorates the flags of Australia, the Fiji Islands, New Zealand, Tuvalu and Hawaii, only to name a few.