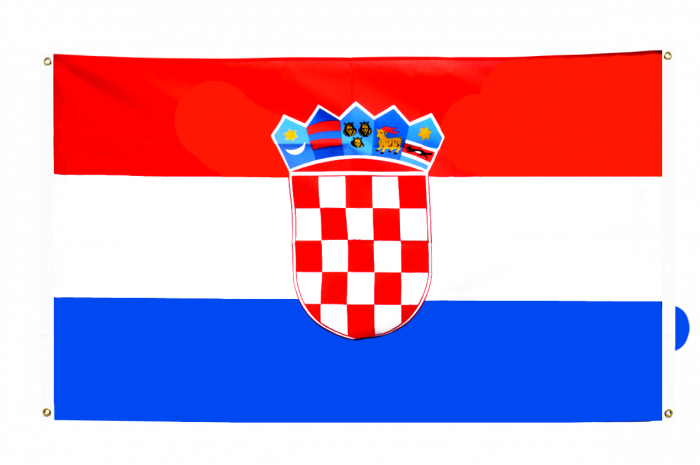 Our flags are made of durable polyester. The seams are double-stitched for durability.

The Croatian flag is a horizontal tricolour in the colours red, white and blue. This corresponds to a long tradition of Croatian states in the 19th century which kept equal tricoloured flags.

In the middle the Croatian emblem is visible. This is a red and silver checkered shield with 25 fields and an armorial crown. It consists of the five emblems of the most important historical landscapes of the country. The tricolour was firstly used in 1848; its colours lead back to the three provinces Dalmatia, Croatia and Slavonia of which today´s Croatia consists.

After the flag experienced some changes during the cold war, it got back its original appearance on the 26th of June 1990. On the 21st of December of the same year the armorial-crown as it is known today was added.