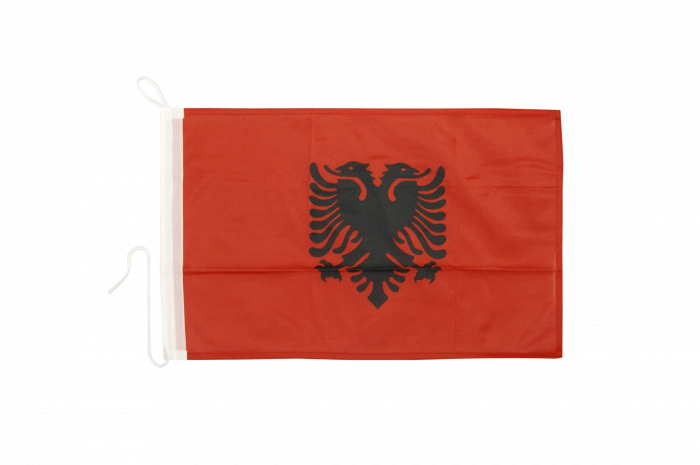 Skip to the beginning of the images gallery
€7.95
plus flat rate shipping
incl. VAT
In stock
Delivery time 1 - 5 workdays
SKU: 2233

The hoist side is reinforced with a hem and contains a cord with a loop.

Further details of the boat flag:

If you want to purchase the Albania boat flag, please click on the green cart button!

Your specialist in boat flags.

The national flag of Albania presents itself with a black double eagle on a red background, which was used before by the Byzantine Empire.

The flag of Albania is official since 7th of April, 1992, but it dates back to the 15th century, when the national hero and at that time prince Gjergj Katriota, named Skanderberg defended Albania against the Ottoman Empire.

The Albanian flag imitates his seal. Up to now, the double-headed eagle is a symbol of resistance and freedom. It is decorated by 25 feathers because Skanderberg fought 25 battles during 25 years against the Turks. In 1911, when Albania proclaimed its independence and fought war against the Slavs and the Turks on two fronts, under the rule of Dedë Gjon Luli the Albanian flag was run up for the first time since 500 years in this form.